Your “Mystery Text” assignment is due today (9/29) by midnight!

For Tuesday, let’s finish talking about Pound’s “In a Station of the Metro” and begin discussing William Carlos Williams.  (We’ll focus on his poem, “To Elsie.”) Make three annotations on “To Elsie.”  Bonus points for your annotations if you include images, video, or links within the annotation.

The Armory Show was first presented at New York City’s 69th Regiment Armory, on Lexington Avenue between 25th and 26th Streets, from February 17 until March 15, 1913. Organized by the Association of American Painters and Sculptors, the show introduced Americans to the latest, avant-garde styles and innovators – – including many cutting-edge contemporary European painters and sculptors.

First, take a look at these representative “classical” paintings to remind yourself of what traditional art looks and feels like : 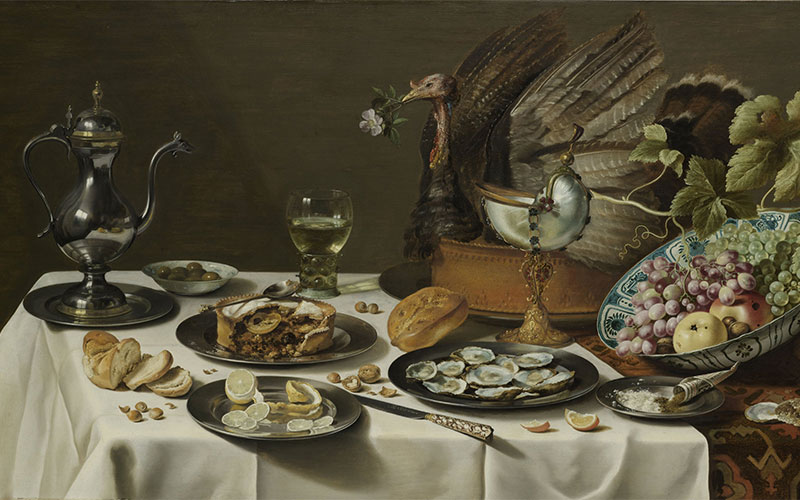 After enjoying these paintings, head over to the Armory Show. Take your time and wander through the galleries.  As you do, pick out three paintings or sculptures that you think are the most “modern” (especially in relation to more “traditional” images like those above).  Click this link to curate your mini-exhibition (password = “Armory” – – without quotes). Curate your portfolio of visual modernism by writing a couple of paragraphs that explain what makes each of your three works of art modernist – – i.e. decidedly not “traditional.”

On Tuesday, we’ll talk about the Armory Show and about Ezra Pound’s tiny poem – -“In a Station of the Metro.” (No annotations necessary.)

As we’ve worked our way through these early modern texts of U.S. literature, I’ve been trying to point to common motifs – – despite very different kinds of text (poetry, fiction, essay, etc.) and very different authors.

Here’s a recap of some of the motifs we’ve looked at or mentioned:

For Thursday, even if you’ve already annotated the Frost poems, make three annotations.  Use these annotations to see if Frost uses some of these motifs in his poetry – – especially “The Road Not Taken” and “Stopping by Woods on a Snowy Evening.”  If you do find these motifs – – use your annotations to speculate on how Frost might use these motifs differently or in a similar way to Adams, DuBois, Gilman, Masters, and Robinson.

For Tuesday, read and annotate (three annotations) our Edna St. Vincent Millay poems.  We’ll use Tuesday to catch up a bit on our syllabus before the “Mystery Text” assignment.

Sometimes, I think we might call the period 1890 to 1914: “America Gets Ghosted.”  It seems that all of the texts we’ve read feature various types of ghosts, from Henry Adams “haunt[ing]” the Great Exposition of 1900 to Gilman’s gothic tale of haunted wallpaper to DuBois’s image of Black America as “the swarthy spectre [that] sits in its accustomed seat at the Nation’s feast.”  For Thursday, you’ll sample an actual collection of ghost stories – – Edgar Lee Masters’ Spoon River Anthology.  This volume of poems was probably the most popular poetry anthology of the first half of the twentieth century.  It is also composed entirely of voices speaking from beyond the grave – – literally.

Read the three poems from Masters’ anthology that I’ve collected here and make three annotations (in total).  As you make your annotations, try to connect Masters’ poems to images, phrases, metaphors, etc. that you’ve seen in our previous texts – – Adams, Gilman, DuBois.

Also, take a look at the three poems by Edward Arlington Robinson.  Again, you’ll want to make three annotations (in total) on the poems.  You might notice that Robinson seems to have a thing for “villages” – – the death of villages, return to villages, escape from villages, etc.  It’s interesting to note that as Robinson was writing his poems – – the United States was launching into a period of hyper-urbanization.  (For instance, about 30,000 people lived in Chicago in 1850; by 1900, that population had boomed to 1.7 million residents.).  This context raises an interesting question (explored by both Robinson and Masters): why and how does the disappearance of something generate such powerful emotions?  Maybe this is related to the “haunting” that we see throughout all our texts so far.

Try to complete these annotations by Thursday at midnight.

Preview: for Tuesday, we’ll discuss Masters and Robinson in class.  We’ll also start talking about Robert Frost, perhaps the most untrustworthy and devious poet in all of the American canon.

For Thursday (9/1), read W.E.B. DuBois’s “Of Our Spiritual Strivings.”  Make three annotations.  Again, use your annotations to reflect on moments in the text that puzzle you or confuse you or seem to elude understanding.  Avoid definitions, paraphrases, or grand statements and interpretations, etc.

For Tuesday, read Henry Adams’ “The Virgin and the Dynamo” (an excerpt from Adams’ oddly autobiographical, The Education of Henry Adams (1907/1918)).  As you read, make three annotations.  Use these annotations to pose questions raised by the text.

For various reasons – –  changing literary styles, Adams’ attitude toward himself, different cultural contexts (dynamos, cathedrals, etc.) – – “The Dynamo and the Virgin” might at first seem a bit of a strenuous read.  One way to make sense of Adams’ essay is to approach it as a version of the hero story, with (appropriately enough) Adams as the hero of his own life.  I.e. a somewhat regular person accepts a call to adventure, they encounter various mentors, they undergo a series of trials, they emerge from their ordeals grander and better and otherwise improved.  (See the video above for one version of this familiar narrative.  Sadly, this version invokes Shrek as an example – – please don’t be put off by this lapse in taste and acumen.)

For Thursday, make three (3) annotations on Phil Levine’s poem, “They Feed They Lion.”  How to make digital annotations?  See my “how-to” here.

Remember some ground rules about annotation:

Finish your annotations by Thursday, August 25, at midnight.  And, check back in on Friday (afternoon or so) for info on our class next Tuesday morning.  Questions or concerns, let me know.

This is our course motherblog – – where I’ll post updates, info, assignments, and other critical information.  To the left, you’ll see links to our syllabus, most of the texts we’ll be reading in class, and other important stuff.  Bookmark this site and check in frequently.

For Thursday, you’ll read and annotate Philip Levine’s “They Feed They Lion” – – a beautiful and unsettling contemporary poem.  Click on the link to the left – – “How to annotate” – – to get started.